Join the SJWF for a live interview with Ariana Neumann, the author of When Time Stopped: A Memoir of My Father’s War and What Remains. Ariana will be interviewed by Scott Whitmont followed by a Q&A with the audience.

Tuesday 13 October at 8pm AEST. Please click here to check the correct time and day in your time zone.

There is a Czech saying – The darkest shadow is beneath the candle.

As a little girl growing up in a flourishing 1970s Venezuela, Ariana wanted to peer into the shadows and be a detective. With no real mysteries to solve, her childish curiosity led her to focus on the enigma of her own father, a brilliant industrialist who appeared to be the epitome of success and strength but who would wake in the night screaming in a language that she didn’t recognize.

Then, one day, she found an old identity document bearing his picture but someone else’s name.

Her father never spoke about the past. This was the first of many clues that she was to uncover in the years to come. They led her to a box of papers that he had left for her when he died in 2001. The box contained wartime documents that opened the door to her father’s past and finally gave her the permission he had long withheld to step through it. Her inquiries led her to trace long lost relatives and to other boxes, filled with hundreds of documents about a family that had remained veiled in silence. 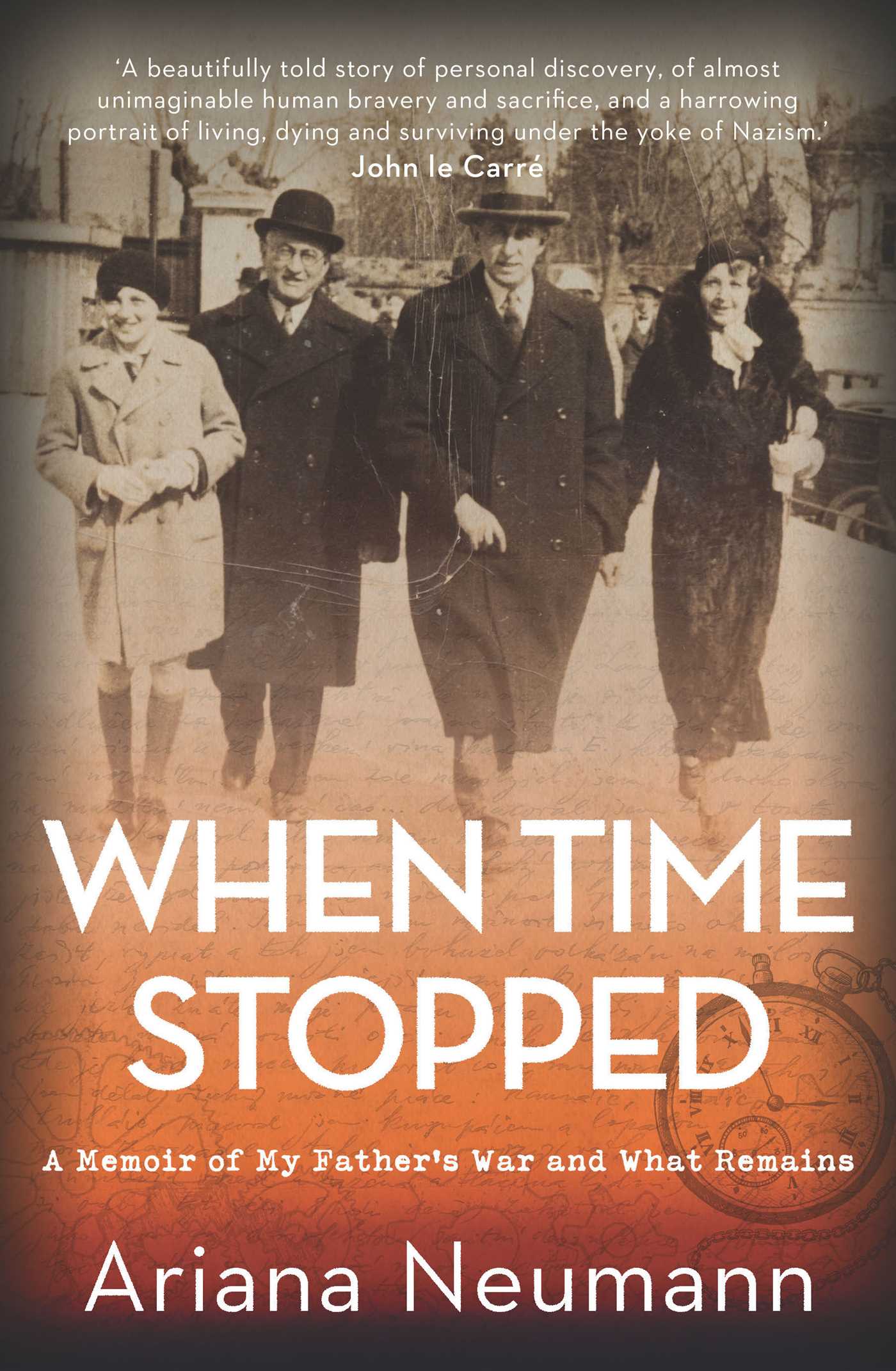 Ariana meticulously uncovers the astonishing truth of her father’s extraordinary escape from Nazi-occupied Prague and seemingly inevitable deportation to the camps. Her painstaking investigation leads her across continents and reveals his astonishing and courageous choice to assume a fake identity and live out the war undercover, spying for the allies in Berlin itself—at the heart of the Nazi empire, deep in the ‘darkest shadow’.

When Time Stopped is an unputdownable detective story and an epic family memoir, spanning nearly ninety years and crossing oceans. In uncovering her father’s story after all these years, she discovers nuance and depth to her own history and illuminates poignant and thought-provoking truths about the threads of humanity that connect us all.

Ariana Neumann was born and grew up in Venezuela. She previously worked as a foreign correspondent for Venezuela’s The Daily Journal and her writing has also appeared in The European. She currently lives in London with her family. When Time Stopped is her first book.

For questions about this event, or to book over the phone, please contact sjwf@shalom.edu.au or 9381 4273