Join Shalom and Mizrachi for our revamped Comedy Club Shabbat dinner 2.0, featuring acclaimed comedian, Jen Carnovale, with a show based on her sold-out performance, COMEDY VS RACISM. You’ll enjoy a unique, candlelit evening with mouth-watering food as Jen tackles one of the most pressing issues facing society today with fun and laughter.

BOOK NOW as places are limited and we’re likely to sell out again!

“Very impressed!!! Wasn’t expecting it to look as nice and ambient as it did.” 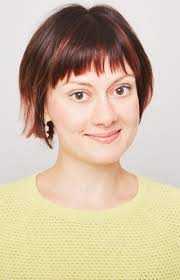 Jen Carnovale is an Australian comedian of Italian-Hungarian background from Sydney who has travelled from quaint bookstores in Canberra to Latvian kind-of scary warehouses to perform stand up. She has toured across the UK, Australia, all the good looking parts of Europe and tasty parts of Asia.

There she was a Semi-Finalist for both Funny Women Comedy Awards and Leicester Square New Comedian of the Year Awards. Performing for two years across the UK, rain, hail or minus five, prepared Jen for 2013 which saw her perform at the Edinburgh Fringe Festival, Hong Kong International Comedy festival, and headline a comedy tour across the Baltics before returning to Sydney.

Since being home Jen has performed sold out shows at Sydney Comedy Festival and Sydney Fringe Festival as well as headlining great comedy rooms round Australia, mate!