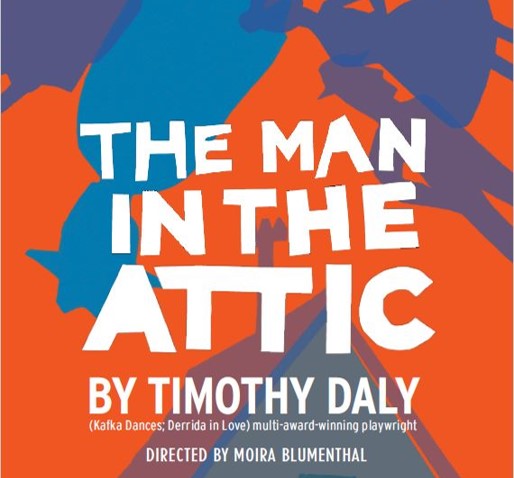 The Man in the Attic

Following glowing international reviews, Shalom and Moira Blumenthal Productions are thrilled to stage the Australian premiere of The Man In The Attic, an award-winning play by one of Australia’s hottest playwrights!

Today’s ‘fake news’ and ‘post-truth’ have nothing on the lies of the past, when deception and betrayal were used as currency to further one’s fortune.

The Man In The Attic is the incredible, true story of a Jew who is hidden by a German couple during the Holocaust but, when the War ends, is led to believe that the War has been won — by the Nazis. Locked inside their attic for his ‘protection’, the couple continues to profit from his captivity. But as the husband overplays his hand and the wife becomes trapped in a conflict between greed and humanity, the Jew begins to realise that something has changed…

Based on facts uncovered by internationally-acclaimed playwright, Timothy Daly, The Man In The Attic won the prestigious Patrick White Award and continues to play sold-out seasons in France.

“A play that is informative, funny, acerbic and surprisingly jubilant….. The truth comes to haunt our memory.” — Rachelle Dhéry, reviewer

For more insight into the playwright and this award winning play, please watch this interview with Timothy Daly and read his essay, Searching for the Man in the Attic.