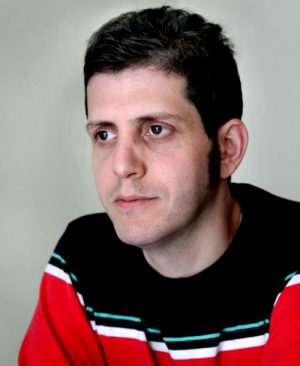 A Land Without Borders—Nir Baram in conversation with Michaela Kalowski

In 2014, novelist Nir Baram spent a year and a half travelling around the West Bank and Gaza, following the length of the Green Line. “This journey was my effort to examine, as frankly as possible, the connection between my own political views and the West Bank reality…I had to go and see for myself,” he says. He met people of all ages, classes and beliefs, from children living in Kibbutz Nirim who experienced the war in Gaza to ex-prisoners from Hamas who have started a Hebrew language school in Ramallah.

Within a few weeks of its publication in Israel, A Land without Borders was Number 1 on the Best Sellers list. Coming from a family of Israeli politicians, Nir has long been vocal about politics in Israel; writing op-eds as a journalist and working as an editor as well as a novelist. In this session Baram will walk, and talk, us through what he saw in the communities he visited, the stories he heard, the questions he asked and what he thinks now.