A comedian & a nutritionist walk into a bar…

Join the Professional Women’s Forum (PWF) for a fun night out with the girls! Featuring two stand-out speakers who keep it real and talk about things women care about (but don’t always talk about).

Award-winning comedian Eve Ellenbogen’s sense of humour pushes the boundaries. She talks openly about everything – from dating to bodily functions, feminism and sex – like you’ve never heard before, and she’s guaranteed to make you cackle!

Lyndi Cohen, the Nude Nutritionist, also offers a fresh and honest perspective on one of women’s biggest concerns. After your stomach has had a good work-out from laughing, Lyndi will reflect on mental wellbeing, healthy eating and embracing your body in a new way. The evening will end with a Q+A with Lyndi.

This is a women’s only event!

A bit about the ladies… 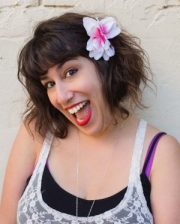 Eve Ellenbogen was a RAW Comedy State finalist in 2016 and 2017 and has featured on Triple J’s Good Az Friday. Her debut stand up show “Don’t Get Mad At Me” premiered at the 2017 Melbourne International Comedy Festival to rave reviews. Eve is a regular feature on the comedy scene, performing at comedy nights and events around Melbourne and Sydney. 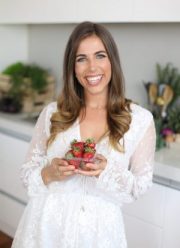 Lyndi Cohen knows what it’s like to struggle with eating healthy. She spent a decade obsessing over the number on the scale before she realised that being healthy was more important. Today, Lyndi is one of Australia’s most well-known dietitians and nutritionists – and is known for keeping it real.  She is the TODAY Show nutritionist on channel 9 and she shares her story, recipes, and nutrition advice with thousands of people every day on her blog. Her Keep It Real Program has already helped hundreds of women find balance with food and their weight.