Join us for a riveting conversation with Canadian writer Menachem Kaiser about ‘Plunder: A memoir of family property and stolen Nazi treasure’ – his sharp and funny memoir about reclaiming the past, inheritance and treasure hunting.

“In 2015 I learned that my grandfather – whom I had never met, and about whom I knew nearly nothing – had tried for thirty years to reclaim or at least be compensated for property that had belonged to his family before World War II. I decided I would take up his cause.

“I then learned about a heretofore unknown relative – my grandfather’s closest relative to have survived the war, in fact – who, on account of a secret diary he had written in the camps, has become a semi-mythological figure among Silesian treasure hunters.

It’s hard to summarize. Plunder is this story, these stories, it’s a lovely mess.” – Menachem Kaiser, 2021 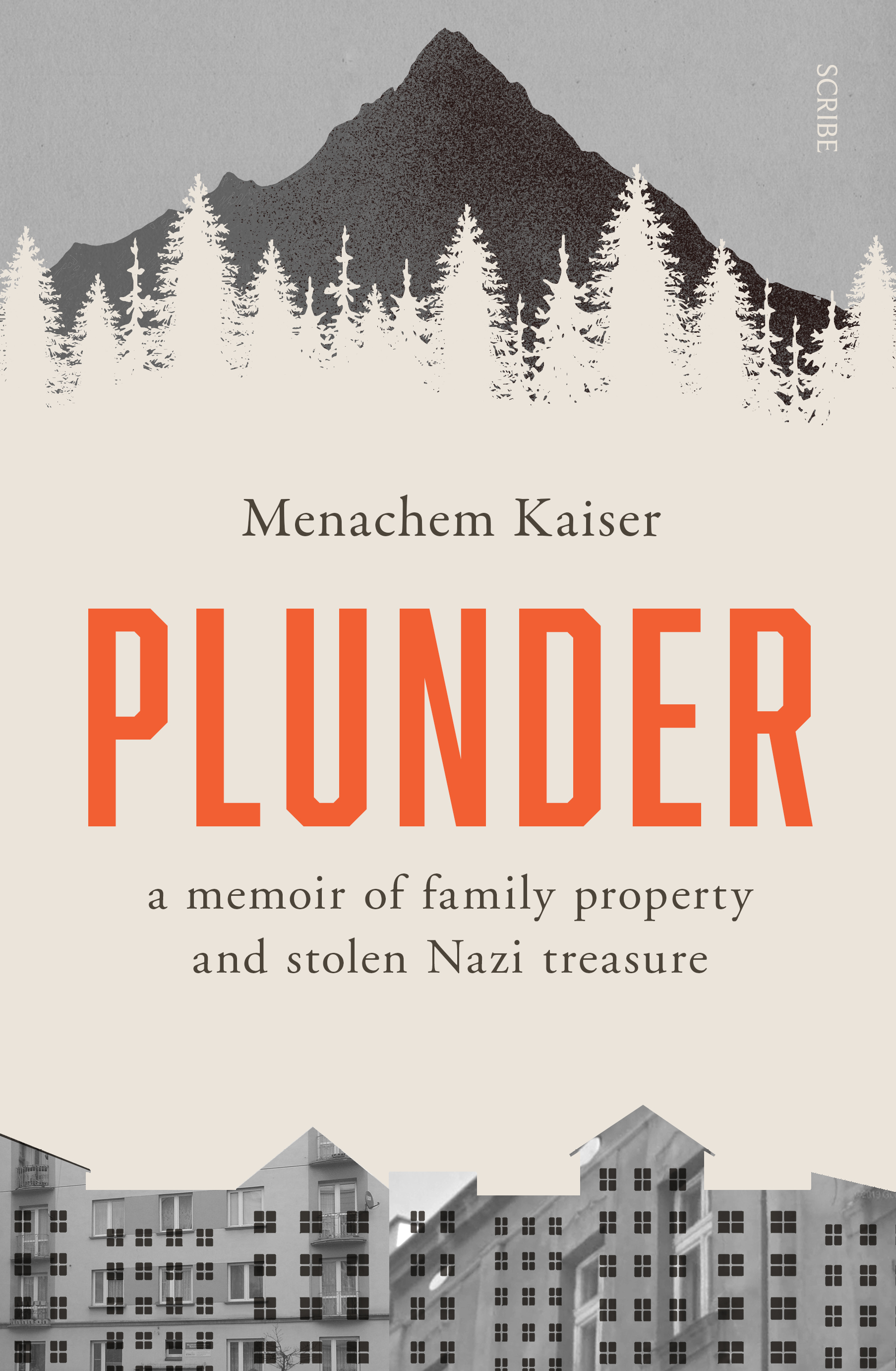 Plunder has been named a New York Times’s Editor’s Choice; a ‘Best Book of March’ by the Christian Science Monitor; and a ‘Best New Book’ by People.

Menachem Kaiser’s brilliantly-told story, woven from improbable events and profound revelations, is set in motion when the author takes up his Holocaust-survivor grandfather’s former battle to reclaim the family’s apartment building in Sosnowiec, Poland.
Propelled by rich, original research, Kaiser immerses readers in profound questions that reach far beyond his personal quest. What does it mean to seize your own legacy? Can reclaimed property repair rifts among the living? Plunder is both a deeply immersive adventure story and an irreverent, daring interrogation of inheritance — material, spiritual, familial, and emotional.
Menachem will be in conversation with Justine Saidman.

Menachem Kaiser holds an MFA in creative writing from the University of Michigan, a BA from Columbia University and was a Fulbright Fellow to Lithuania. His writing (fiction and nonfiction) has appeared in The New Yorker, The Wall Street Journal, The Atlantic, Vogue, New York, and elsewhere. He lives in Brooklyn, New York and grew up in Toronto, Canada.

Justine Saidman is Director of PJ Library in Australia and New Zealand. She is a passionate educator and community engagement professional with a strong commitment to Jewish values. She has a BA in History and English (UNSW), a Diploma of Language in Hebrew (University of Sydney), a Certificate in Jewish Leadership (Spertus, Chicago) and a Masters in Jewish Education (Hebrew University).

WHEN: Thursday July 29th at 8pm (AEST)
WHERE: Via Zoom

This event is free but you’re welcome to make a donation to Sydney Jewish Writers Festival.

‘Reparations and treasure hunting: I can’t think of two better metaphors for memoir writing, and I can’t think of a better recent memoir than Menachem Kaiser’s Plunder, which has heart, humour, and intelligence to spare.’
– Joshua Cohen, author of ‘Attention: dispatches from a land of distraction’

‘A saga of family history and inheritance that reads like a murder mystery, Plunder begins with Menachem Kaiser’s journey to reclaim a Polish apartment building but immediately becomes something far richer and stranger. Probing with unusual insight and humour into questions of memory, loss, and what we owe to the past, this impossible-to-put-down book — part travelogue, part memoir, part meditation on all that history hides from us — marks the debut of a major writer.’
– Ruth Franklin, author of NBCC award-winning ‘Shirley Jackson: a rather haunted life’

Menachem’s book ‘Plunder’ is available from Gertrude and Alice, the official SJWF book seller. You can order online here or by calling 02 9130 5155.