‘The Americans came in great haste’ are the opening words of The Hitler Haggadah, a fascinating retelling of the Passover story told from the perspective of North African Jews during World War II. The Hitler Haggadah follows the structure and linguistic style of a traditional Haggadah, and is a captivating, dramatic and occasionally comical text. Above all, it carries an inspiring message of Jewish unity, solidarity and a shared fate.

Composed in Judeo-Arabic by Nissim ben Shimon, also known as Simon Coiffeur, an otherwise unknown author, in Morocco in 1943, its most recent edition includes the first ever English translation, academic commentary and a facsimile of the original publication.

Join the SJWF and Jonnie Schnytzer, editor of this new translation, to talk about The Hitler Haggadah, what it tells us about the Holocaust, and Middle Eastern and North African Jewish history, a less-explored dimension of Shoah history. Jonnie will be in conversation with Simon Holloway. 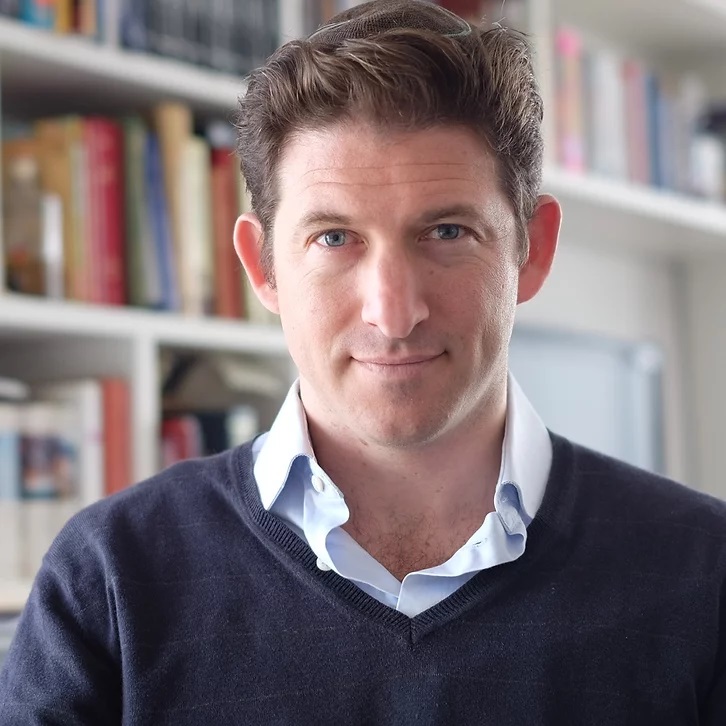 Jonnie Schnytzer is a Phd candidate at Bar Ilan University, with a focus on the thought of the 14th-century kabbalist Rabbi Joseph ben Shalom Ashkenazi. He is also currently preparing a critical edition of Ashkenazi’s commentary on Sefer Yetsira, recently edited an English edition of The Hitler Haggadah, and is the author of Mossad thriller, The Way Back. He has also held leadership roles in the Jewish world, including advisor to the CEO of Birthright and executive manager with StandWithUs. He lectures on a wide variety of topics relating to Judaism and Israel, especially about the untold stories and unspoken heroes of Jewish history. Jonnie is married, with four children, lives in Israel and thinks that Australian Rules Football is the greatest sport ever invented.

Dr Simon Holloway serves as the Head of Education at the Jewish Holocaust Centre, Melbourne. He holds a PhD from the University of Sydney in Classical Hebrew and Biblical Studies, and a Masters in Ancient History. His research at present concerns the identification of allusions to biblical and rabbinic literature in documents produced during the Holocaust.

Where: Online via ZOOM